Your donation to the Vinnies Bushfire Appeal will help those across Australia that have been affected by the bushfires.

Your donation to the local bushfire appeal will be used by CatholicCare Western Sydney and the Blue Mountains to help those in need through the provision of counselling, support programs, and other practical assistance.

Donate to the national bushfire appeal.

Donate to the local bushfire appeal.

Your donation to the Vinnies Bushfire Appeal will help those across Australia that have been affected by the bushfires.

Donate to the national bushfire appeal.

Your donation to the local bushfire appeal will be used by CatholicCare Western Sydney and the Blue Mountains to help those in need through the provision of counselling, support programs, and other practical assistance.

Donate to the local bushfire appeal. 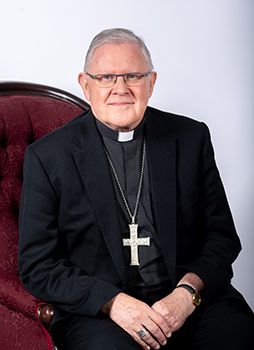 Australia is facing an unprecedented calamity as fire engulfs the land in many places. We have all seen the apocalyptic images, even if we are not in the areas most affected. Lives have been lost, homes and towns have been destroyed, smoke has shrouded large swathes of our country.

And there is no end in sight to the horror which confronts us with our powerlessness before the devastating force of nature.

The efforts of firefighters have been heroic. The resilience of the communities affected has been extraordinary. This has been Australia at its best, and we all stand with those who have been most stricken and with those who are putting their lives on the line to fight the fires.

But we need more than words. Expressions of solidarity are important, but they are not enough.

The bishops are aware of the huge amount being done around the nation, led by governments and first responders. Many local faith communities, including Catholic parishes and organisations, as well as ecumenical and inter-religious coalitions, are also making a big contribution.

While the bishops typically respond to challenges at a parish or diocesan level, the scale of this crisis requires a national response from the whole Church to complement and coordinate what is happening locally.

From the Bishops Conference, that national response includes:

Vinnies is responding in all affected states and territories. Its network of local conferences and support services has seen them rapidly respond throughout the nation as the fire crisis has spread.

As well as donations at Masses on Australia Day weekend, people are encouraged to support the immediate response and the ongoing work of Vinnies in your state or throughout bushfire-affected communities by donating here.

Our experts on the ground – from agencies like Vinnies, CatholicCare and CentaCare, in parishes and other Catholic communities, including Catholic hospitals and aged care providers – know this will be a long-term process to help people and whole towns rebuild.

With broad and deep roots across the nation, the Church stands ready to walk alongside people throughout their journey of recovery.

Facing this exceptional crisis, we renew our call for insistent prayer for those stricken by drought and fire, for those who have lost their lives in the fires and their families, for rain to quench the parched land and extinguish the fires, and for urgent action to care for our common home in order to prevent such calamities in the future.

A genuinely Catholic response to a crisis of this magnitude must draw strength from prayer which inspires concrete and compassionate action. Prayers of the FaithfulDownload Here